When I was about 6 years old I was taken to see 'The Dambusters', a movie around flying bombers in the Second World War. It had a profound effect on me, especially the music. When I came home I went to the piano and attempted to write out a little score of the main theme from the movie.
Mum kept that scrap of paper which I still have. It was unique because instead of starting at the left side of the page, it started at the right and read across to the left ! I'd never had a music lesson in my life - only watched dad's music books on the piano.

Years later when I worked in the big studio in Melbourne where they made the jingles of the day for radio and t.v., I met one or two of the writers who spent their time creating the music that Melbourne heard every day. I noticed they were paid pretty well too. I was determined to get into that field also and started to build up my own recording studio in my home. It was in the eighties and tape recorders were the tools of the trade as computers were only just becoming available for the general public. 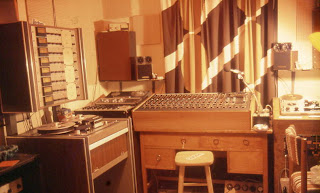 Around this time a new standard was created by keyboard manufacturers. It was called M.I.D.I. standing for Musical Instrument Digital Interface. It allowed a musician to compose on a keyboard one instrument, and then a second instrument and so on until it sounded like a complete band or even orchestra.
To this day people say MIDI sounds terrible because they have only heard midi on a toy system (maybe a home computer sound card). Little do they know that much of the music they hear in soundtracks or adverts is created and played using midi.

MIDI has no sound of its own. It is a control language which is used to play music using the best sounds that can be hooked up to it. Those sounds can be real 'samples' from real instruments or drums.

After I tried it I was hooked. At last I could create full sounding songs using whatever instruments I wanted. Of course that also enabled me to create jingles for t.v. / radio.
I recorded a demo jingle tape and 'hocked' it up and down StKilda rd in the city where the advertising agencies were. There were many knock backs until finally an agency gave me a try.

That first jingle led to many more - the biggest involved a full string section recorded in a large city studio. Most though were completely produced on a little Alesis drum machine and a bunch of instruments with midi. 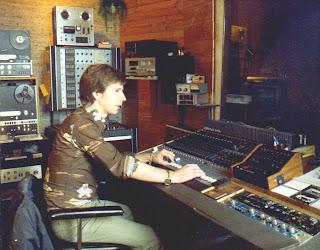 Of course vocals were added later. There was nothing better than to be having your breakfast and hearing one of your jingles come on the radio.

I still love midi, and it hasn't changed much from its inception - just the way we might use it on computers and the quality of sounds available now.